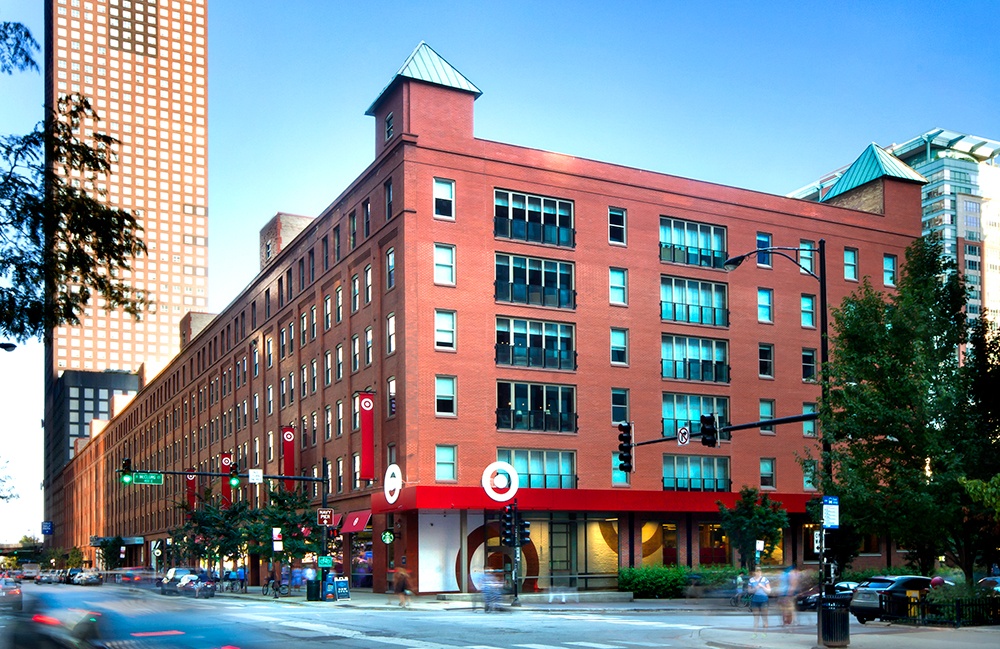 The Lofts at River East

Originally constructed in 1905 as the Pugh Terminal Warehouse, the 547,000 square foot building was converted in 1988 to office and retail uses. FitzGerald designed the mixed-use redevelopment of the property to include apartments, restaurants, and retail. Prior to its most recent repositioning, retail was functioning well but office tenancy had dwindled. River East was able to offer a unique product for its neighborhood, amidst a residential development boom: authentic loft homes with heavy timber construction and original brick walls–which contrasted the rest of the neighborhood known for new construction housing stock.

The building’s massive scale and existing mechanical and structural conditions resulted in more than 75 different floor plans. The building includes studio, one-, two-, and three-bedroom units, some of which feature dens and additional half bathrooms.

The six-story building is over 625 feet long and features building-length frontage on, and access to, the Ogden Slip. The once-bustling industrial pier is once again alive and capitalizing on its adjacency to the Chicago River. Now that the river is seen as s tourist and recreational waterway, the building offers pier-level patios for entertainment venues and boat docks for residents, visitors, and guests. The setback of the building along the river also meant that balconies could be hung to provide generous outdoor space with unrivaled views.

The building had several exterior appearances in its lifetime, including whitewashed paint during its industrial area, and large shaded swaths when the building contained the River East Art Center. Now, the building has been restored and offers a historic brick facade to the bustling corridor outside. 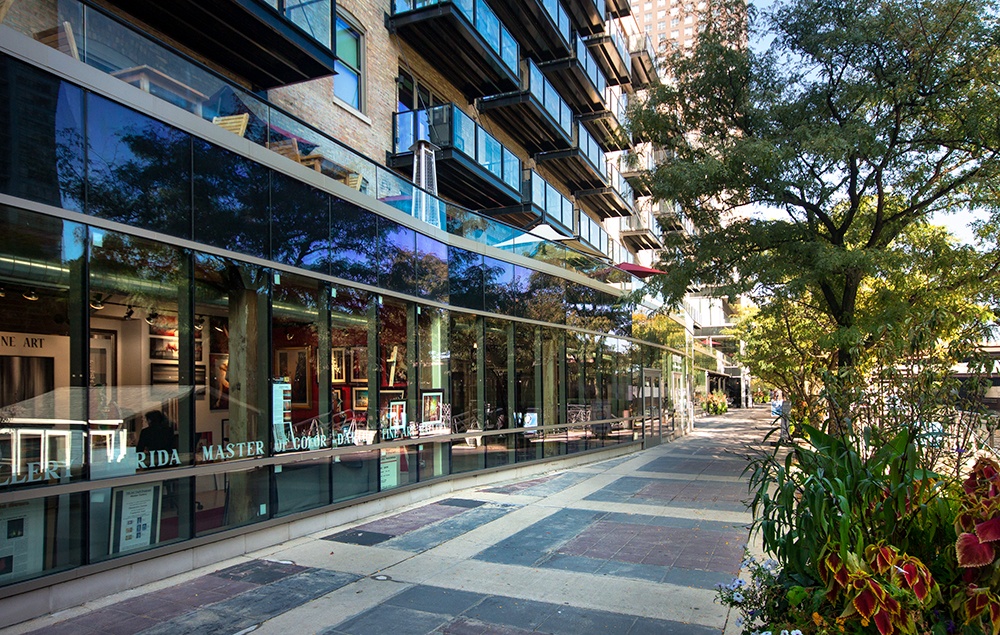 Designed to fit in the context of Cleveland’s popular University Circle neighborhood near Cleveland [..] 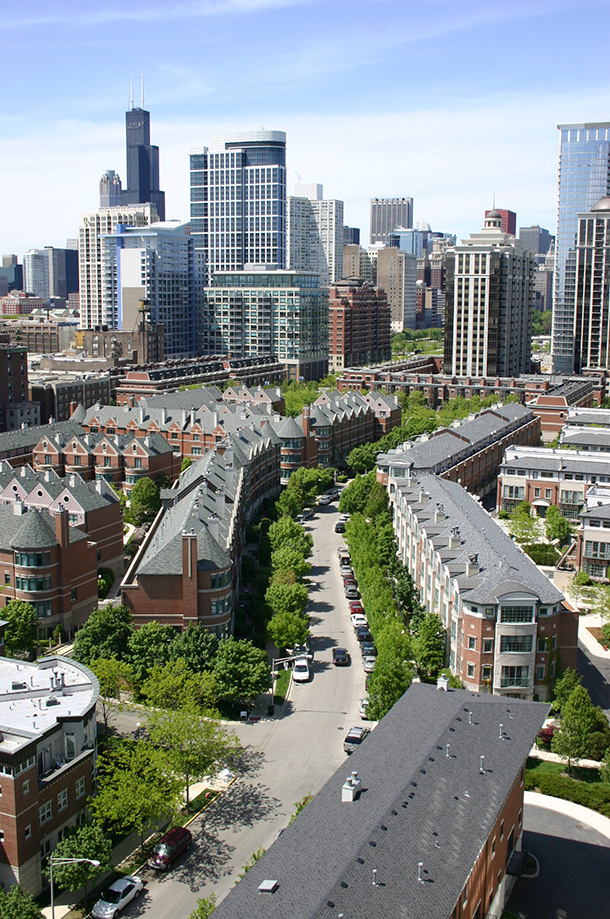 Park Row and Centennial Court were among the first communities to be developed in [..] 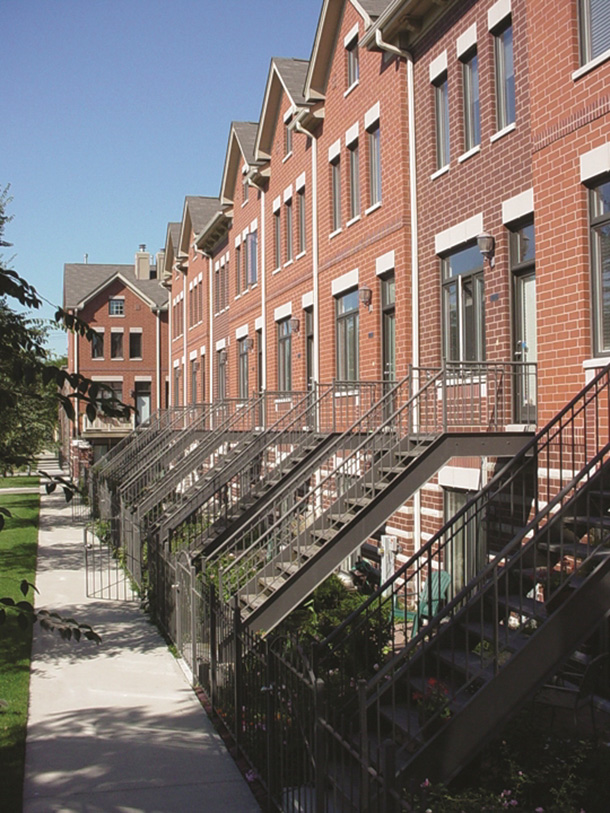 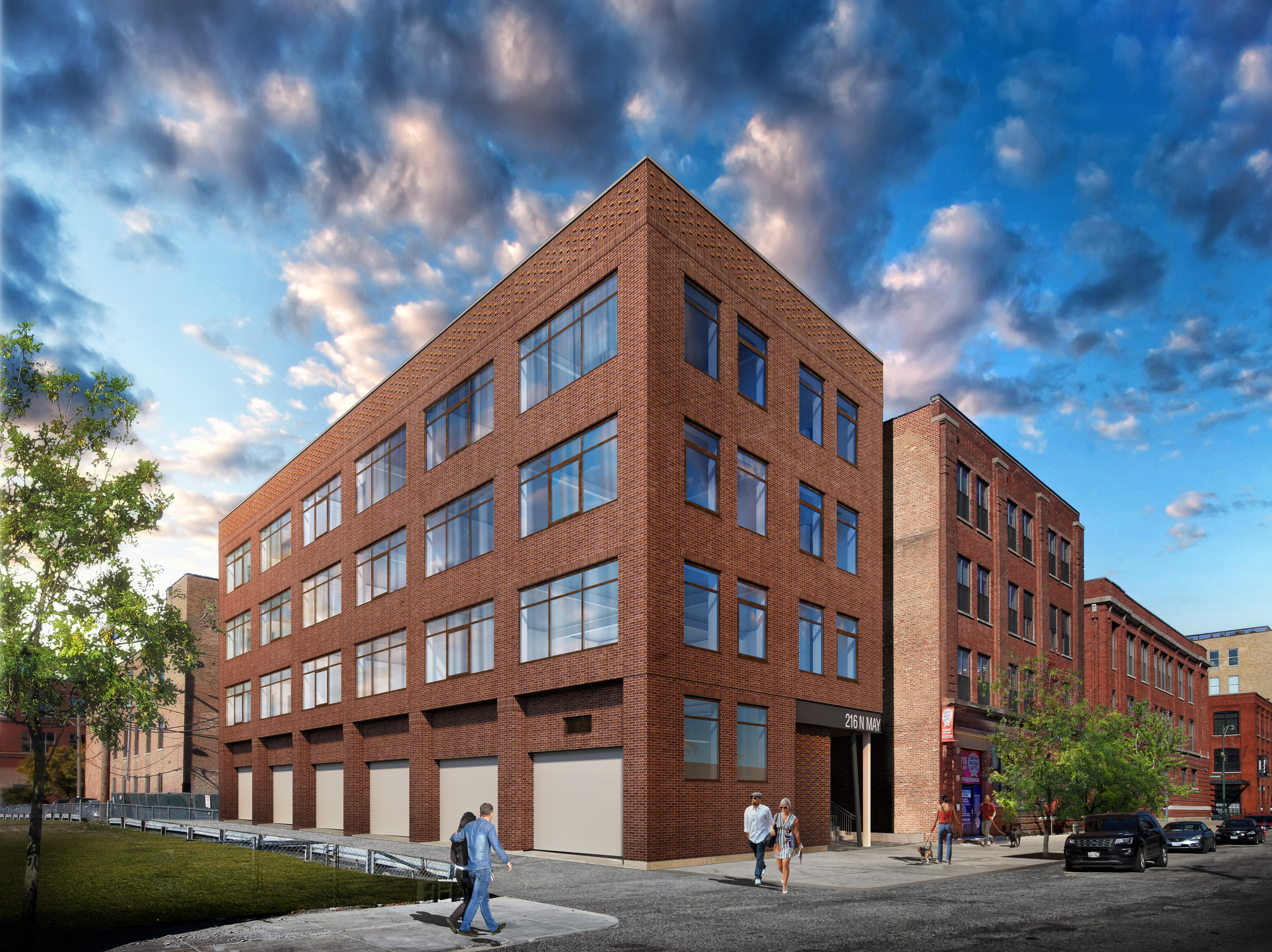