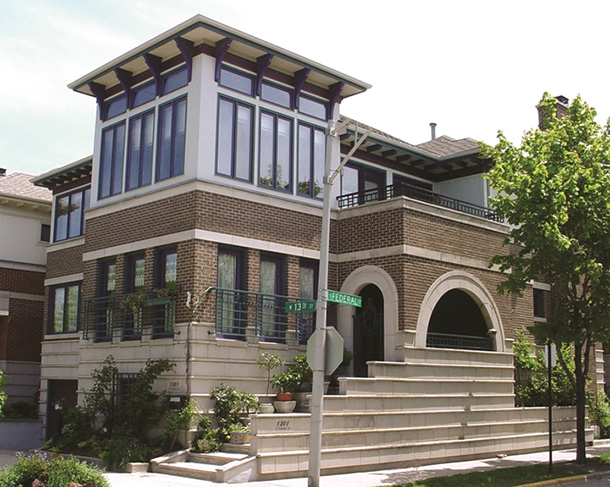 The developer’s challenge was to make available single family homes in Dearborn Park, located south of Chicago’s downtown on a former rail yard. Facing this challenge, it was believed that that these homes would only attract buyers if they were perceived as a unique opportunity and offered features that were otherwise unavailable in the marketplace.
FitzGerald’s response was to create a plan that would subdivide the block into smaller,

more intimate streets flanked by 3-story homes on lots that were wider, but less deep, than typical city lots. This enabled us to build homes that differed markedly from competing projects but incorporated all of the critical features that city buyers were seeking.

The homes have rusticated limestone bases typing the buildings into the site with a combination of stepping walls and entry stairs that recall Chicago’s early ‘Prairie’ aesthetic. Further ‘Prairie’ gestures help to subtly create individuality through the use of horizontally “layered” elevations, hip roofs, urns, front entry porches with arches or columns, divided light windows and large street front bays. 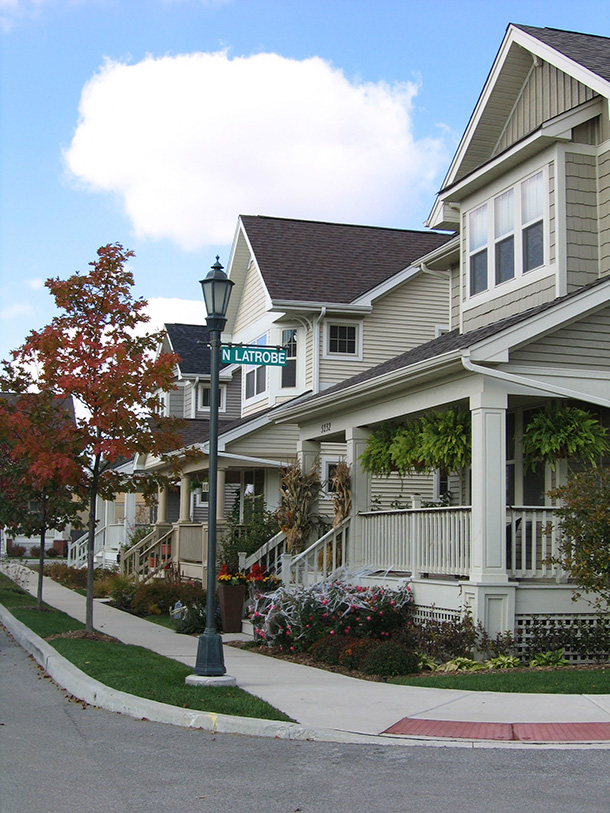 Nestled alongside the Indian Woods forest preserve, this community echoes the tranquility of its [..] 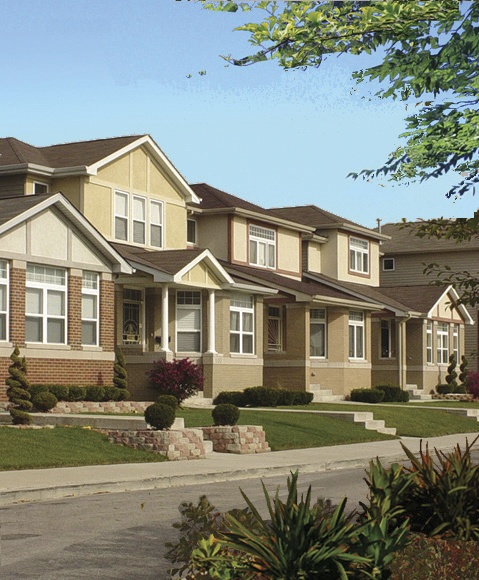 This parcel of land on the south side of Chicago presented the opportunity to [..] 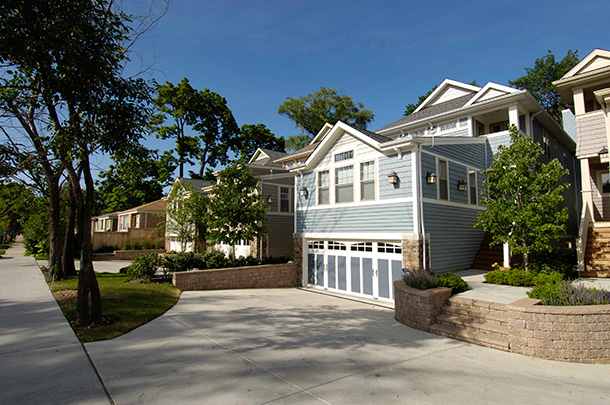 The single family homes at River Residences have beautiful views across the Chicago River [..]

This 525 room hotel with standalone restaurant, nightclub, meeting rooms and banquet space was [..]