“Contextual design” is a term thrown around in our industry, often without deep inquiry. It is something we always strive for and work hard to achieve, but it’s also often questioned by outside observers.

In some cases, success might be a compromise on the idea of context. For instance, a dense downtown urban center’s context is based on its density and variety, rather than one particular design language or height. Such a definition opens up options to a design team to craft a building that makes a statement but fits in the complex and interesting urban fabric.

We believe strongly in approaching a project without a preconceived notion of style. At the same time, our experience with a developer client, neighborhood groups, City Aldermen, and other officials in a particular area set us up with a good understanding of personal preferences and what has worked well in the past. The relative proportion of those three ingredients – Client Vision, Stakeholder Preferences, and our Design Expertise – dictates the final form of the project.

What follows is a brief look at three key projects that will all be completing construction in the coming months: Spoke, a dynamic mixed-use site on the near west side; 3Eleven, a sleek high-rise on a downtown infill site; and The Emerson, a bustling, two-block-spanning, transit-oriented mixed-use project in Oak Park. 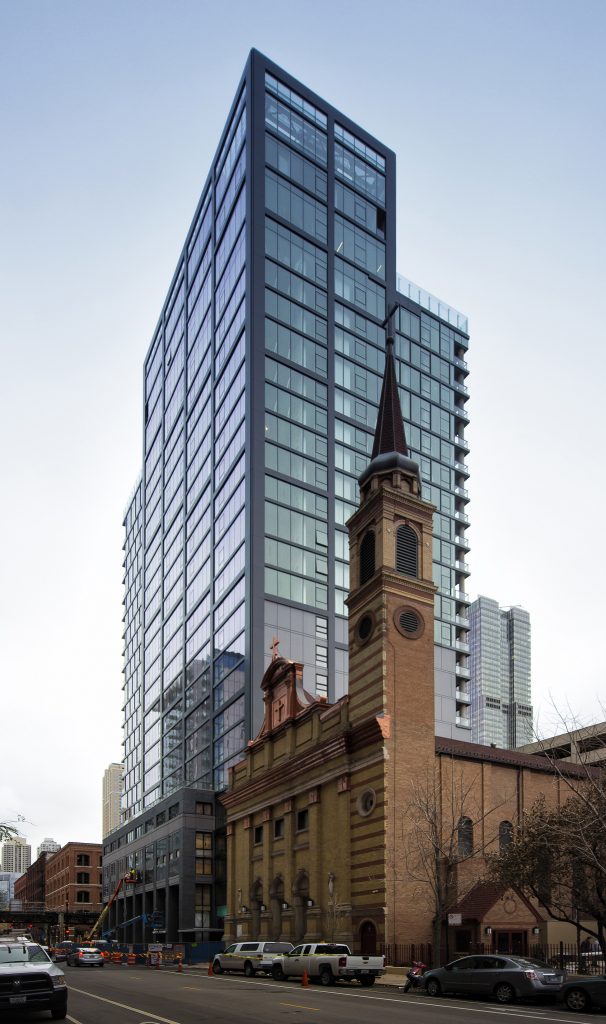 After the area leadership and stakeholders rejected earlier design proposals, the developer brought in FitzGerald to offer a design that was “more contextual.”

Knowing that the project is situated immediately adjacent to an historic church–also a major stakeholder in the development–we picked up cues from that building by relating to the height of the church’s piers, the spacing found on the facade, and brick material choices.

The building’s height fits with the neighborhood’s downtown context and set our client up with enough building asset to make the project financially viable. 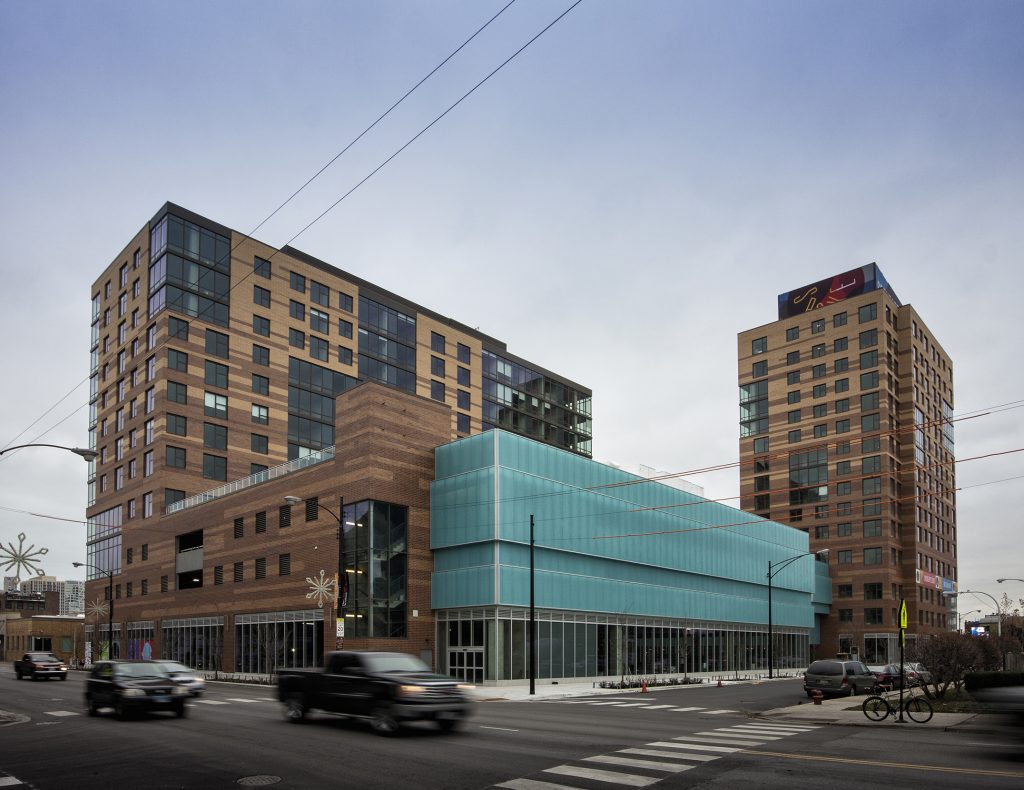 Although the neighborhood around Spoke (1001 West Chicago Avenue) consists mostly of low-rise buildings, we explored several options for the community including a single full-block mid-rise and two high-rise buildings with a park between them. There is often a negative knee-jerk reaction to building height but the benefits, in this case, were clear.

As the surrounding neighborhoods continue to develop and become interconnected, this site will play an integral role as community resource and asset long into the future, and density will be required to sustain the retail component of the development. The contextuality of this project didn’t come from vertical alignments with adjacent buildings but instead can be found within horizontal relationships: buildings that aligned with the street and didn’t set back. Also, through the use of various colors of brick, the building ties itself to the brick buildings found in the neighborhood. 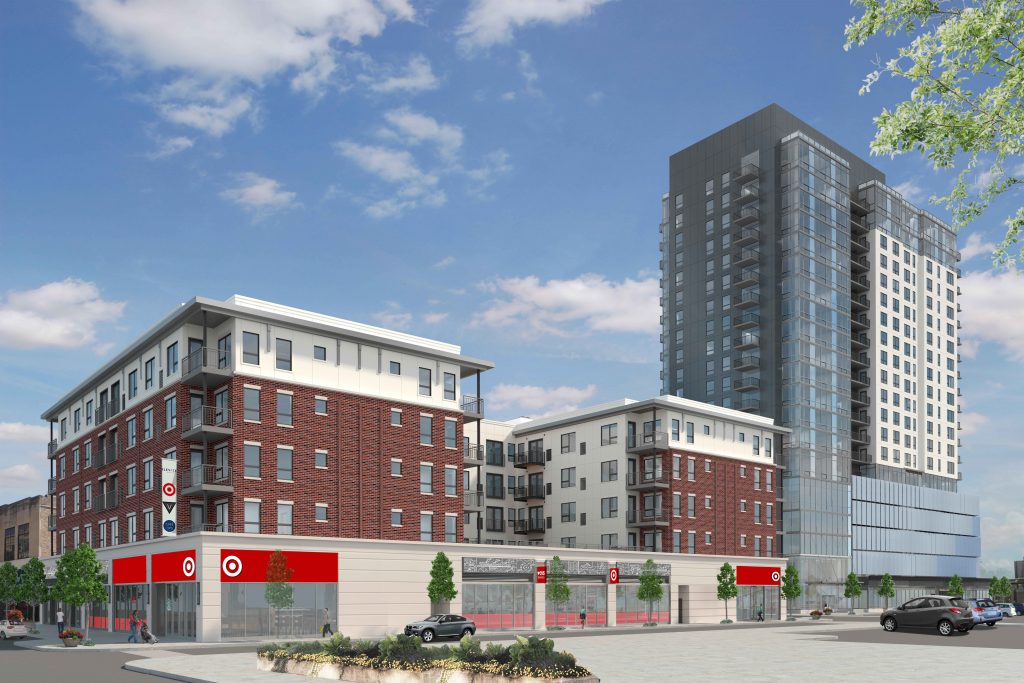 The Emerson’s site in Oak Park is bisected by a public street, which mandated a plan for two buildings rather than one. Lake Street, the north edge of the property, has relatively low-scale buildings so we felt from the very beginning that our response should be respectful of the street. With that in mind, we designed a five-story building with materials that are more traditional and reflective of the site’s context.

The opposite end of the site abuts a busy commuter rail line which indicated to us that a much taller building, in a more modern language, could be developed. The different aesthetics have the added benefit of offering two distinctive products that can offer end users with different tastes to find something that fits their needs.
Each of our buildings is the sum total of challenges, inspirations, needs, and opportunities that were particular to that client, site, neighborhood, and a whole host of other influences. Seeing these places take shape and become real is a true pleasure of our profession. Knowing that the undertaking did well for our client, and continues to satisfy and benefit the community it serves, is why we do what we do.

I welcome the chance to speak with you about any upcoming projects you’re pursuing or opportunities you might be searching for. Reach me at smcfadden@fitzgeraldassociates.net and let me know how we can help you reach your goals.