Midtown Square, the mixed-use transit-oriented redevelopment in downtown Glenview for Trammell Crow Company (through its wholly owned subsidiary High Street Residential), was chosen as “Best Block” in the 2013 Charter Awards by the Illinois Chapter of the Congress for the New Urbanism.

The project was praised by the CNU jury and representatives of the Village of Glenview for its nearness to public transportation, the building’s density that creates more favorable commercial opportunities for local businesses, and the manner in which the development and design teams participated in Glenview’s relatively new form-based building code. The building’s integrated drive-through feature was also highly regarded—and led Walter Magdziarz, community development director for the village of Sugar Grove and the board chairman of the CNU-IL’s selection jury, to call Midtown Square a “model plan.”

A complex assemblage of publically- and privately-owned parcels, the development units 2.7 acres of land in Downtown Glenview, directly east of the Glenview station along Glenview Road—a stop for both Metra commuter rail and Amtrak. The new 215,000 square foot community will include 138 Class A luxury residences and approximately 9,000 square feet of retail space including a drive-thru. The development will offer one- and two-bedroom units that feature balconies or patios, quartz counter tops, nine-foot ceilings and large cabinets. Community amenities will include a sun deck, club room, dog wash station, business center, bicycle storage, concierge station, access control entryways, heated parking, fitness center, and on-site management. The project is scheduled to be completed in this Fall.

Each year, the CNU-IL’s Charter Awards selects projects and people that best fulfill and advocate the restructuring of public policy and development practices to support the following principles: neighborhoods should be diverse in use and population; communities should be designed for the pedestrian and transit as well as the car; cities and towns should be shaped by physically defined and universally accessible public spaces and community institutions; urban places should be framed by architecture and landscape design that celebrate local history, climate, ecology, and building practice.

Winners are chosen by a jury of distinguished architects, designers, developers, engineers, planners, and scholars. 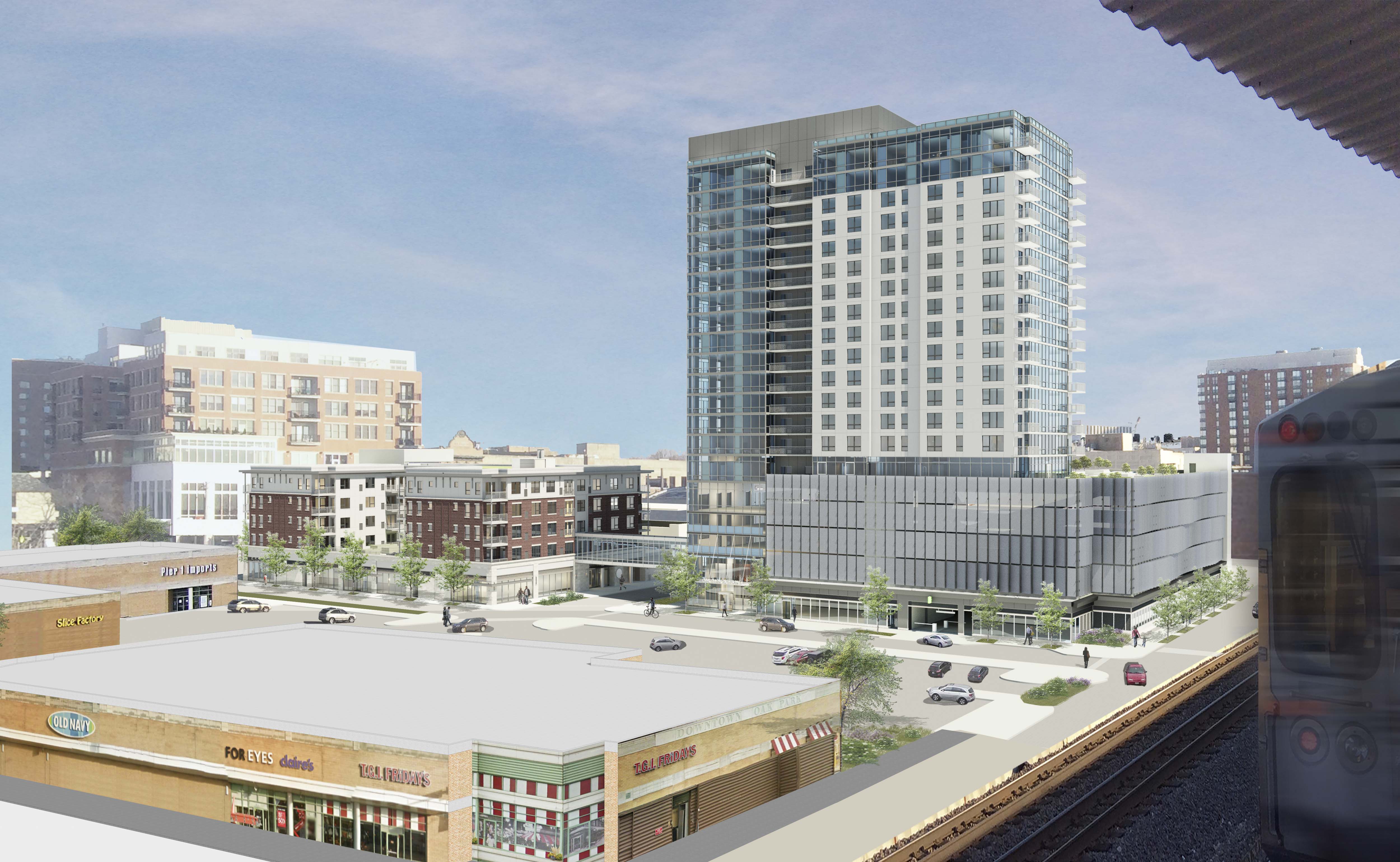 The FitzGerald-designed combination Freshii and DMK Burger Bar restaurant build-out has opened inside the Oakbrook Center [..]